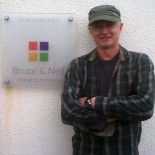 Research into agri-vector water (AVW) is a collaboration with Catherine Grasham, previously a PhD student at the School of International Development.  A 2021 paper on AVW was published in Water International.

‘Agri-vector water’ captures the concern that in semi-arid landscapes, the limited quantities of surface and groundwater need to be allocated judiciously to ensure effective economic and environmental outcomes. Rather than putting limited water to water consumptive irrigation, this ‘blue’ water might be more agriculturally productive by ensuring rainfed agricultural services are maintained by the watering of economically viable towns and villages. Thus, the argument is that in semi-humid and semi-arid environments planning for water should support urban-based services for rainfed agriculture rather than irrigated agriculture. As such, irrigation planning should refer to, and guard against, practices and patterns of water demand established during the dry season, rather than the wet season. The key characteristic of semi-arid environments is that water available for productive use is not only limited and unpredictable but varies from dry to wet season, and inter-annually from drought to abundance, often by several orders of magnitude.

Following this, if a high proportion of available water is reserved for domestic and urban use to preserve or grow the functioning of urban services that underpin surrounding rainfed agriculture, the productivity of rainfed farmers might lead to greater production overall than if dry-season water was put to irrigation. The opposite also might apply; irrigation located upstream of urban loci could severely impact urban services, in turn undermining surrounding rainfed farmers. This association between surface water, irrigation, rainfed agriculture and local economies assists in guiding water allocation and rural development. In making these linkages, we see ‘blue water’ as an input to rainfed agriculture via its consumption within – and therefore translation to – human and technical services. The term ‘agri-vector water’ captures how scarce blue water may be reserved or ‘vectored’ to support the volumetrically larger green water.